Last year I made crazy decision about attending the Reboot Develop Conference in Dubrovnik city. It was my first game design related conference, and I have to say – very high-end one. At that time we had 4 weeks to finish first prototype of StukuPuku, just to be able to show anything to people I will meet.

My game for reboot contest

I went with the game called AbstractRhythm, the prototype of StukuPuku. Basically, it has the same gameplay as a new game, just graphics are different. We loved that style though, and sometimes we regret new changes.
You can watch the trailer here:

Best games that I saw at Indie Showcase:

All of the games were amazing. I tried to talk with each developer, and it was nice to hear their stories and struggles. In the end I spent a lot of time playing Blockships, since that game was perfect for such kind of events. I think Indie Showcase element of the conference was prepared very well and it was important experience.

Face to face with Rami Ishmail

That’s an actually funny story. After I saw that Rami is at the conference, I set this goal of talking with him and showing him my game.
The first attempt – after his speech. Standing for 10 minutes in the line trying to figure out what questions should I ask. Then I’ve asked some superb dumb question and said that I’m his big fan after playing only Nuclear Throne.
Second attempt – last day of the conference there was a small Polish Party, which everyone ignored at the beginning. Later on it evolved into quite big party and lots of people came in. I were quite acclimatized already, so I’ve been waiting for Rami to show him my game. At that time I’ve also met nice game dev team that motivated me even more.
Later I finally managed to show him my game. I was surprised that he just grabbed my phone and he was actually willing to play it!

Here are some of his advices :

I tried to implement all of that in StukuPuku. I hope I’m closer to achieving a better game.

Despite the fact that Reboot Develop conference was almost a year ago, I still feel some of energy I had after it. That was incredible experience and I would love to be there again.
This year I plan to visit Polish game conference called Digital Dragons 27-28 May 2019, Krakow, Poland.
I have also made small table with interesting conferences, which you can check here. 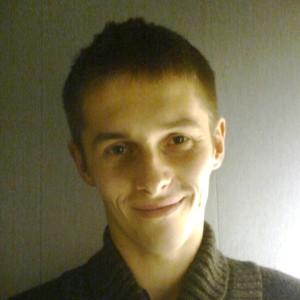 In private life, we create a family.
At work, we are like a small manufacturer of creativity.
Our passions bring interesting challenges, that we’re not afraid to take.
We’re like yin and yang, that’s why we see no limits.

When your kids began to be your inspiration Recently I’ve finished my daily challenge. It was all about making one

Following one guy who has already completed over 4000 days of his daily art (He’s Beeple btw.), I came with

Finally I’ve finished system to manage ingame tutorial. Its not the best but its working, and that’s the most important part:D